Hey all, its been a while! I apologize for that. My time in Hawaii is coming to an end for this trip so I have been extremely busy trying to fit everything in. So blogging sort of fell to the wayside. But that means these coming weeks will be filled with sharing of my adventures as I hunker down in chilly New England. (praying for the snow to be almost gone…wishful thinking!)

This week I embarked on something that I was not able to finish in the past, Koko Crater Railway Trail. Back in September J and I attempted but I was only able to make it up halfway before feeling my legs starting to give out. So, defeated and upset we turned around and decided to try again after I had some more hiking experience. It became my Goliath, my goal of this trip was to conquer this hike. 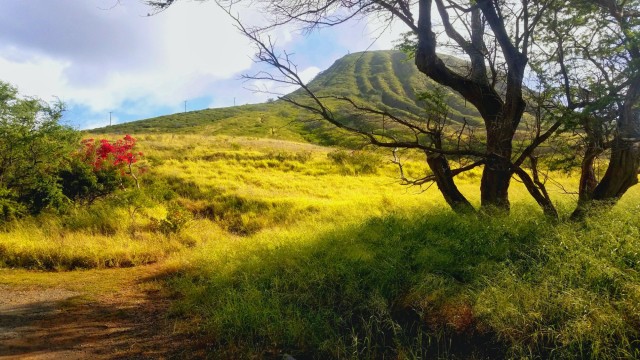 Now conquering this hike for me became more then just  physical goal, it represents so much more to me. You see, when I was younger I was E X T R E M E L Y active. I am talking doing aerobics every morning before school in elementary school, and then spending the afternoon playing outside with my best friend Nate. One Christmas I even asked for a step so I could do step aerobics, I kid you not. And I got it, there is a picture out there somewhere of me hugging the box on Christmas morning. I couldn’t get enough of exercise and moving. It continued through high school some but did level off. But I was always doing a sport and was involved in every extracurricular under the sun.

But then Senior year 2007, my chronic pain set in. Little did we know it was Idiopathic Intracranial Hypertension. We didn’t learn that until Spring 2015. I lost all ability to do much of anything in ’07 and I have been trying desperately to get it back. Losing ones independence due to disease, disorder, illness, whatever you want to call it, it defeats you. No matter how hard you try to keep hope, it can eat you up, take away confidence, and can be so embarrassing. I can be so frustrating and maddening to have to say all the time, no, I can’t, or not finishing anything.

So, I have been slowly trying to get that independence back, that ability to go for a hike, walk, bike ride, without then spending that day and the next days in bed recovering. I have done small hikes, then some longer ones that were more level or gradual with their incline, to lead up to this mammoth of a hike. Koko Head is seriously no joke. You embark up roughly one thousand and forty eight steps to reach the summit. Your reward? breath taking views. So many people run up and down this trail, but I, a novice took my time so I didn’t die/ could actually breathe (I am an asthmatic)

J and I started bright an early at 6:40 in the morning to beat the heat. Normally I am still in bed, but not sleeping. Just waiting for the pain to get more manageable. But I lucked out this morning and it was more manageable at 5:30 am when we woke up. But, we were at the base of the trail at 6:40 am. 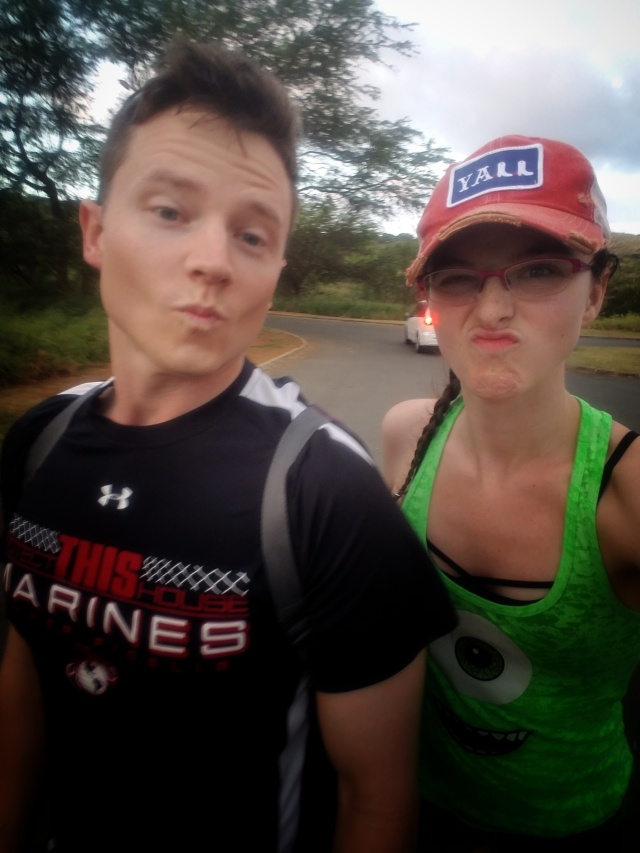 This trail is made up of railroad ties that were put there to reach some bunkers that were created during World War II. 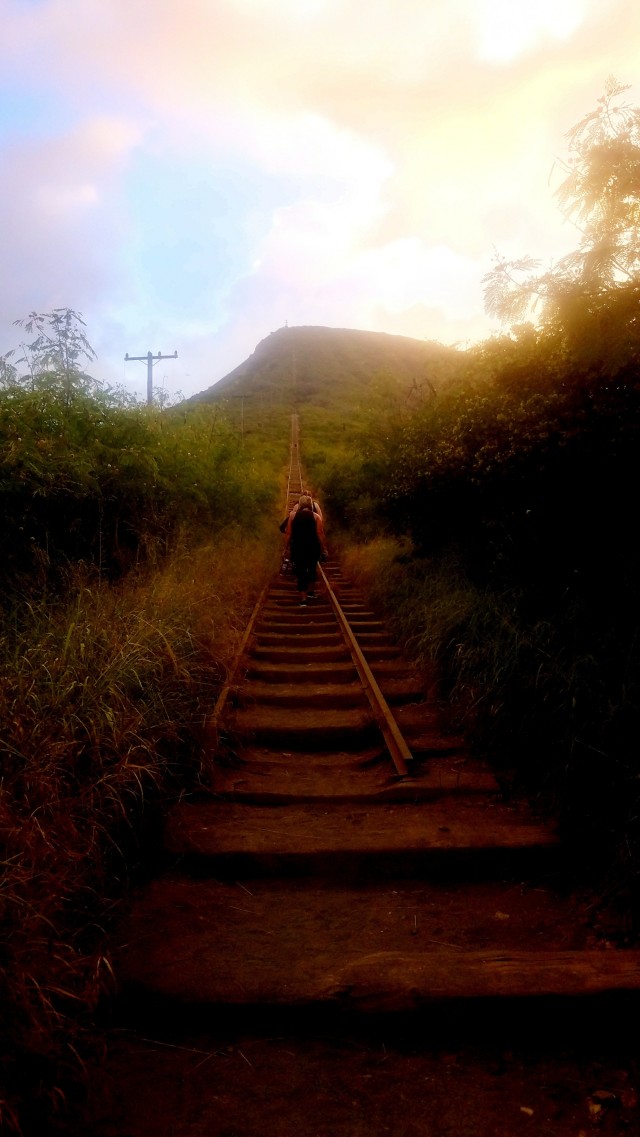 I made many, many stops along the way because boy this is a killer.  If I swore i would use some sort of expletive to get my point across.  But i don’t so let’s just go with it S T U N K. 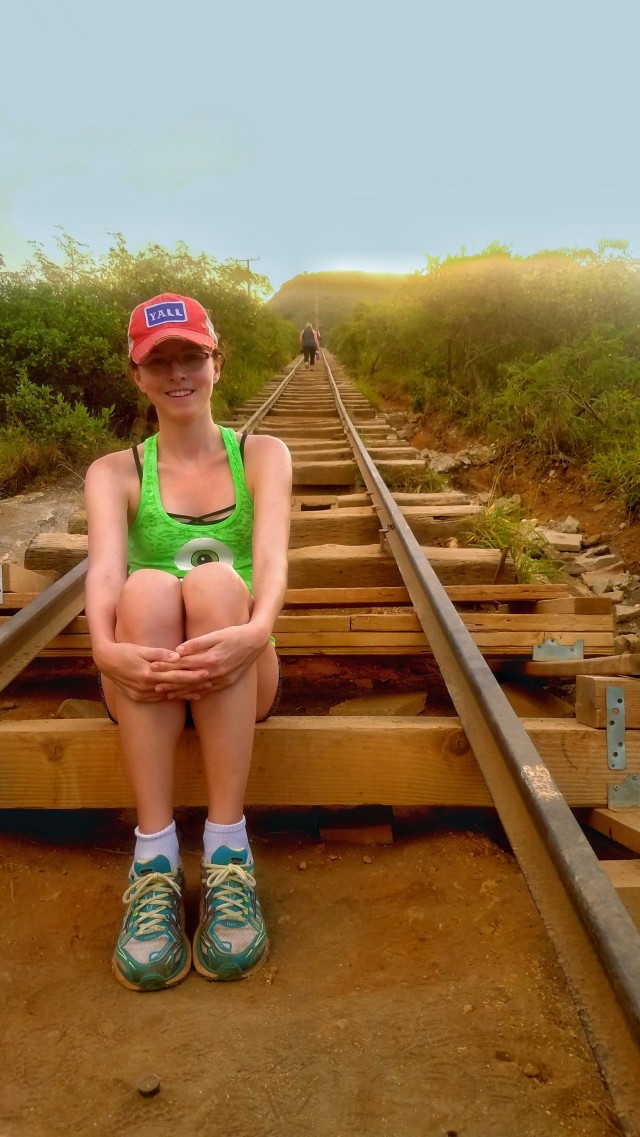 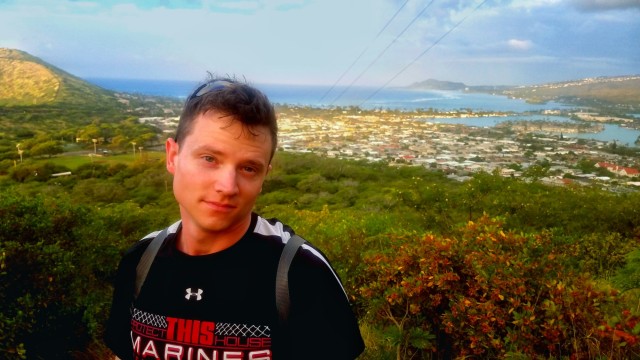 J was a great guide and helped me along the way. Even when I took too many pictures. 😉 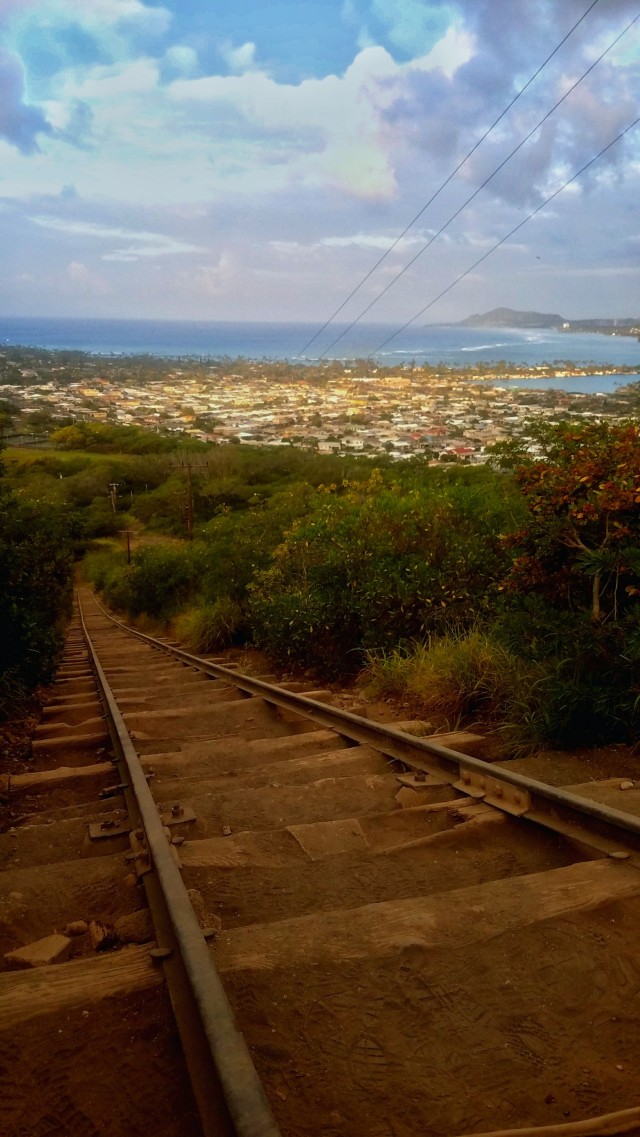 And just like magic, just kidding with a lot of work,  patience, and breaks, we made it to the top and we’re handsomely rewarded. 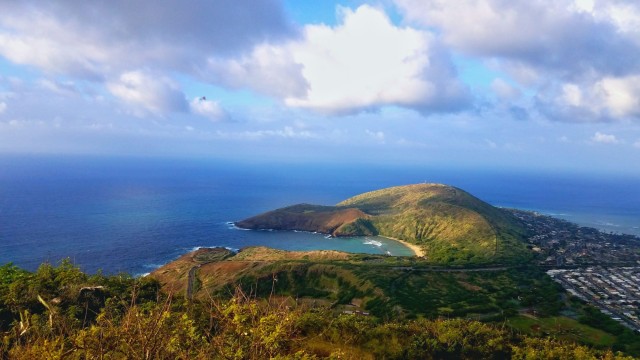 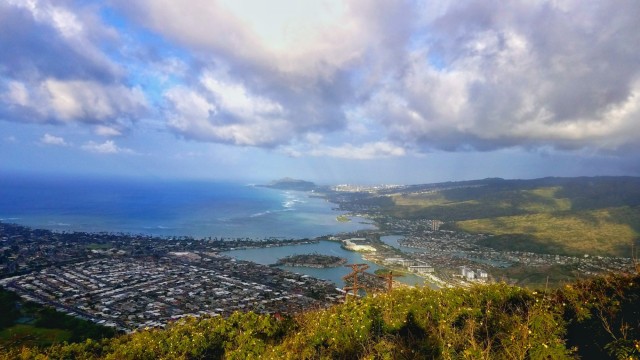 It was such an amazing feeling to prove to myself that I could do this, that I could accomplish an intense endeavor like this one. That I pushed through and made it. It was symbolic to my life. That I can push through this disease and be the best version of me, not despite of the disease, but because it has taught me to be strong everyday. You HAVE to be when dealing with chronic pain. And also, no matter how large an intimidating something may seem, do it. Work towards it, and then crush it. 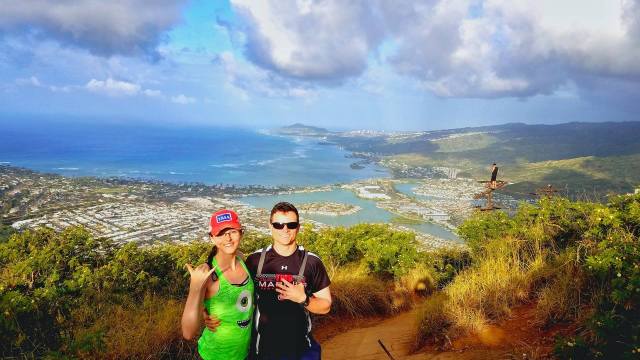 (yes that is a human in the background, he is standing on an old telephone pole…anything for that instagram shot?) 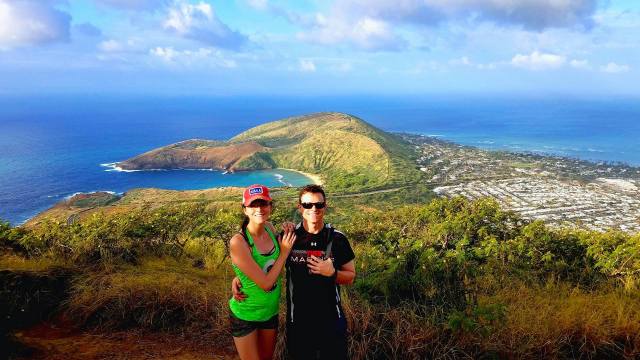 The instagram style shots. (he hates doing this, so not a social media guy!) 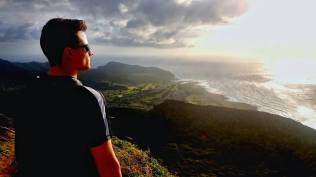 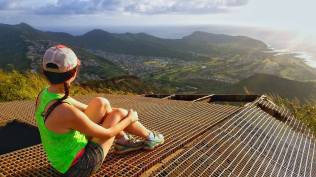 Know your limitations, I know I will not be repeating this hike because the way down is K I L L E R R R R R  on the knees. Mine gave out on me close to the end. The incline, the uneveness of the railroad ties in height and distance makes it super hard on the knees. So keep that in mind if you suffer from knee problems. 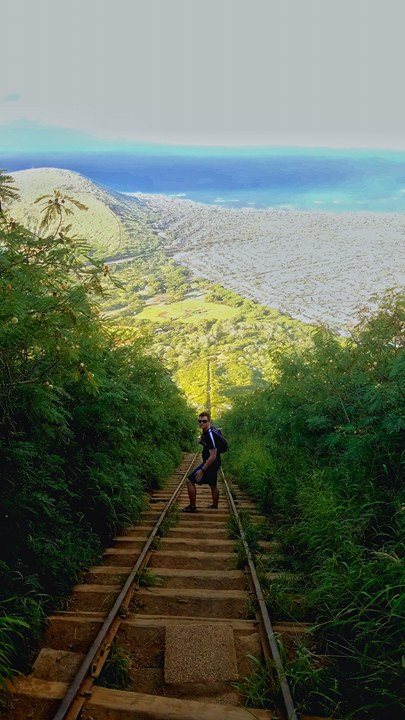 Here I am, tired, hungry, but feeling so accomplished. We had our own mini celebration for me on the walk back to the car. 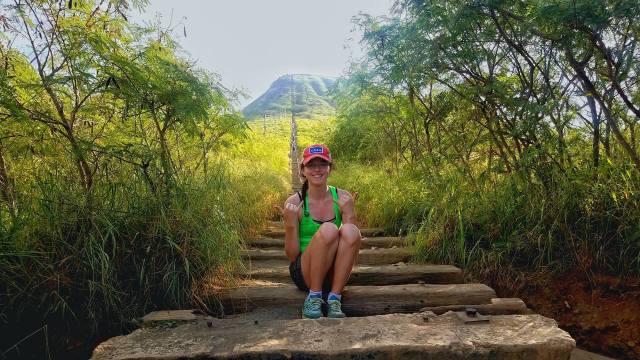 Then we got celebratory acai and smoothies on our way back to reality. (and some icy hot for my knees because… OUCH!) 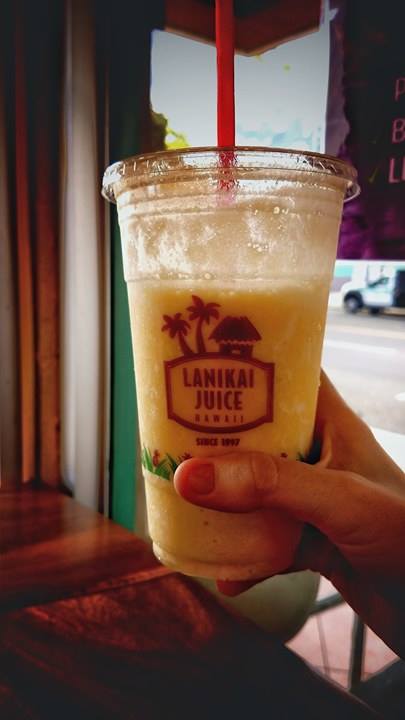 Thank you all for reading. What is your Goliath, and do you have any plans to conquer it soon? Or what are you doing to prepare yourself? Let me know! Always remember to be kind to yourself, even if you cannot finish something you set to do. One day you W I L L. Just keep trying.

2 thoughts on “Conquering my Goliath.”